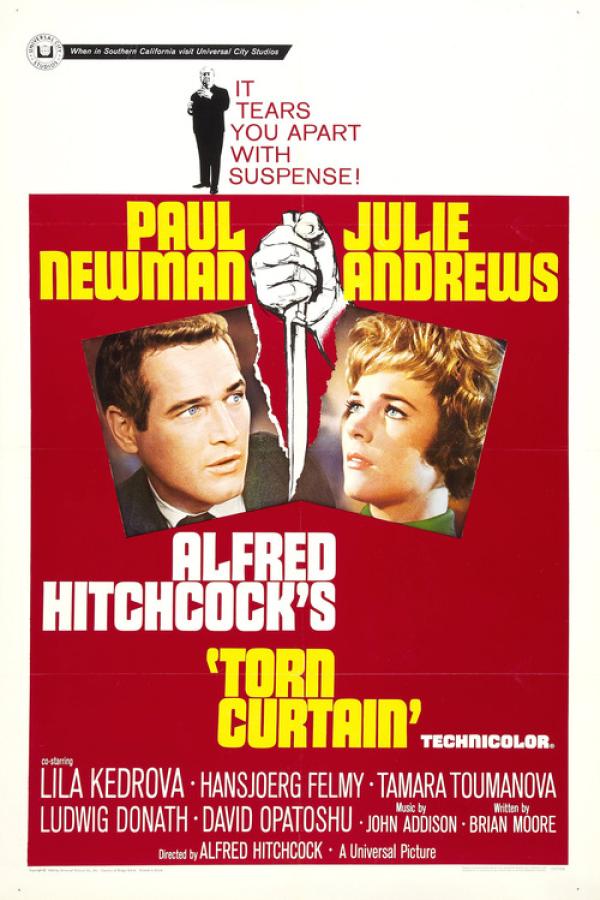 In terms of content, the film is very similar to the classic spy film The Russia House, the difference is that Hitchcock’s film becomes more intense，exciting and suspenseful. In fact, leaving out the thrilling plot of the film, we can still see Hitchcock’s thoughts and views on the Cold War from the depiction of some details. From Hitchcock’s view of point, socialist countries are all on their ways to slavery. In the film, East Berlin is full of the secret agency, and as ordinary citizens, it was obviously a noble mission to protect the national interests by revealing secrets to the state. The main reason why the lead characters had difficulties travelling in East Berlin was that people were always watching. This was the devolution of humanity by collectivism and patriotism. Every citizen in a socialist country had become the tool of the country, ruled by fear and lies, and it became an absurd world in Hitchcock’s eyes.

To highlight the world’s devolution of humanity, Hitchcock designed a fallen Polish aristocrat – a woman who was eager to escape to America. At a time when the working class was in charge, the “bad label” of the old aristocratic title like her obviously became the bottom of the society and the object of tyranny. The woman showed a frightening madness, and the lack of material also made her unbearable. In here, she smocked the so-called Soviet cigarettes, in stark contrast to the Havana cigars of the head of the secret service. She was almost crazy to help the lead character so that she could be guaranteed to depart from East Berlin to the United States, which was her only hope. When she felt so powerless, her face that full of tears and the look of desperation was touching, but what if she actually succeeded? Nobody knows her, in East Berlin, in Warsaw, in Prague, in Budapest, in Belgrade, in Bucharest.

Hitchcock also kept the theme of hope in the film by creating an underground organization called “л” that specialized in rescuing people from East Berlin. From the beginning to the end in the film, the lead characters were under the help of this organization. The most thrilling scene was a person from the organization pretended to be a bus driver in order to help the lead character to the East German. When the East German police realized they’ve been duped, they scattered the crowd with a submachine gun. This scene was particularly impressive, and hard to watch in a movie that had little gunshot scenes. In fact, there have been organizations like those at any time in history, for example, the organization saved Slaves in the South during the Civil War, and the organization that saved Jews during World War II. Those are all the glory of human nature. 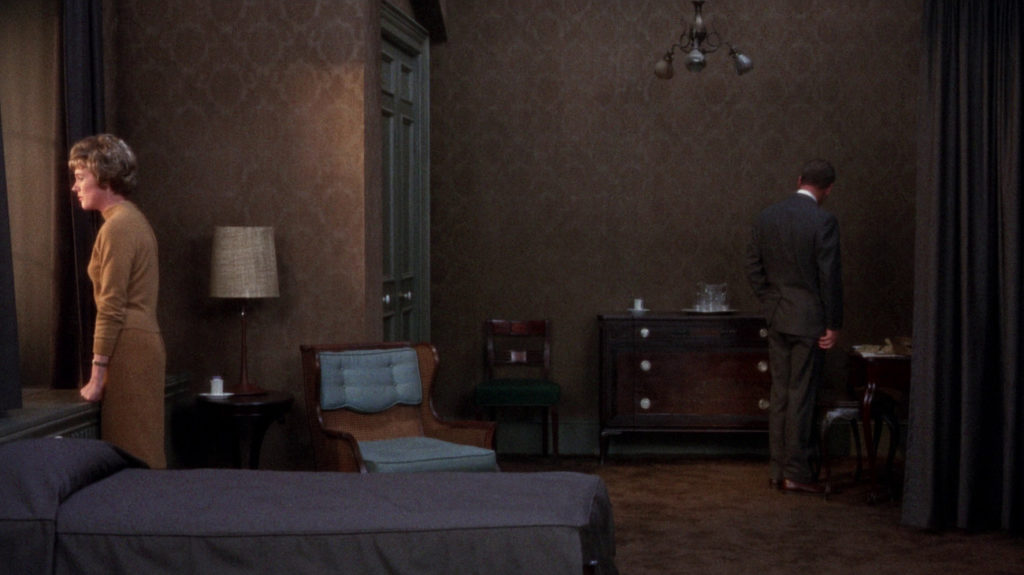 For me, the highlight of the film was the performance of Julie Andrews, and also a glimpse of Paul Newman as a young man. Unlike the sloppy and decadent images of Butch Cassidy and the Sundance Kid and The Sting, in this film, Newman showed the elegance of a man, which is consisted in Hitchcock’s films, and also the beauty of a woman.

Whether it’s the thoughtfulness of the story, the plot of the story, or the two actors, this film was enjoyable to me, and it ranks in the top three of the few Hitchcock films I’ve seen, right up there with Rebecca and North by Northwest. There’s also the music- Viennese Waltz from the film, which is excellent.